Does God Ever Heal?

Does God Ever Heal?
By John G. Lake

The New Testament records forty-one cases of healing by Jesus, Himself. In nine of these instances not only were the individuals healed, but multitudes, and in three instances it especially say “great multitudes.”

With the growth of His life’s work, the demand for extension was imperative, and in Luke 9, we read:

“Jesus called his twelve disciples together, and gave them power and authority over all devils, and to cure diseases, and he sent them to preach the kingdom of God and to heal the sick.”

When they in turn were overwhelmed with work we read in Luke 10, that Jesus appointed Seventy others also, and sent them into the cities round about, saying, “Heal the sick that are therein, and say unto them, The kingdom of god is come night unto you.

If there were any foundation whatever for the foolish belief that only Jesus and the apostles healed, the appointment of these Seventy should settle it. When the Seventy returned from their evangelistic tour, they rejoiced saying, “Master, even the demons were subject to thy name.”

In addition to the Seventy we read that the disciples complained to Jesus, saying: W saw one casting out devils in thy name; and we forbad him, because he followeth not with us.” And Jesus replied, “Forbid him not: for no man shall do a miracle in my name that can lightly speak evil of me. He that is not against us is for us.” 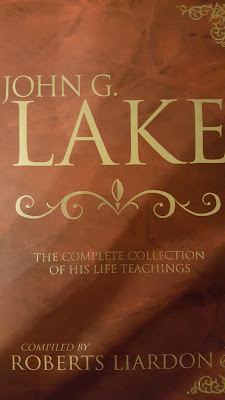 This then makes a New Testament record of eighty-for persons who healed during the life-time of Jesus. Jesus, the twelve apostles, seventy others, and the man who “followeth not with us.”

Paul and Barnabas were not apostles during the lifetime of Jesus, but we read in the Acts, of their healing many. Paul himself was healed through the ministry of Ananias, an aged disciple, who was sent to him through a vision from the Lord.

Philip was one of the evangelists who preached at Samaria, and under his ministry there were remarkable signs and wonders.

Under the ministry of the Apostle Paul, the sick were not only healed, and the dead raised, but handkerchiefs were brought to the apostle, that they might contact his person. When laid upon the sick, the disease disappeared and the “demon’ departed from them.

The Book of James gives final and positive instructions of what to do in case of sickness.

Commanding that if sick, one shall send for the elders of the Church. Concerning their prayer of faith the Word says:

“The prayer of faith shall save the sick, and the Lord shall raise him up; and if he have committed sins they shall be forgiven him.”

The great number of medieval miracles, deserve respectful treatment and the cumulative evidence of so much concurrent testimony by distinguished and upright men makes it impossible to think that they were all deluded and mistaken.

Ministry of Dr. John Alexander Dowie
During the life of John Alexander Dowie, and before his mentality was affected through overwork, he established a city in the state of Illinois, forty miles north of Chicago, on the lake shore, known as Zion City. The city was established in 1901. In twelve months it had a population of 4000. In three years the population was estimated at ten thousand. The city Council passed by-laws banishing drugs, medicine, and the use of swine’s flesh. None of these are used by his followers if they wish to remain in good standing. Their vital statistics reveal their death rate is lower than that of other cities of the same population. Insurance companies were afraid to insure the Zion people because of the well-known fact that they would not employ physicians or medicine. But at present, insurance companies are seeking their business. They are recognized to be among the healthiest people in the United States.

On an occasion at the Chicago Auditorium, persons from all parts of the world who had been healed through his ministry, were invited to send testimonies on a card 2&1/2 by 4&1/2 inches. It required five bushel baskets to hold these cards. They numbered sixty thousand. Ten thousand in the audience rose to their feet testifying to their own personal healing by the power of God, making grand total of Seventy thousand testimonies.

In South Africa, Divine Healing holds such sway among both black and white, that army officers estimated that in the recent war, twenty out of every hundred refused medical aid, and trusted God only. This necessitated in the army the establishment of a Diving Healing Corps, which ministered healing by the Spirit of God.

Among prominent physicians who have not only been healed of God, but have adopted the ministry of healing through faith in the Lord Jesus Christ are: Phneas D. Yoakum of Los Angeles, head of the Pisgah Institution, whose blessed ministry of healing is recognized by Christians everywhere. Dr. William To, Gentry of Chicago, who was not only prominent in his profession as physician, but as the author of Materia Medica in twenty volumes, to be found in every first-class medical library. His publisher sold over 100,000 copies of this work.

To this I add my personal testimony, after twenty-five years in the ministry of healing, that hundreds of thousands of sick have been healed of the Lord, during this period, through churches and missionary societies founded on the pattern of the Primitive Church, finding God’s equipment of power from on high.

With this weight of testimony before us, it seems childish to continue debating the ability or willingness of God to heal the sick. Let us rather with open minds and heart receive the Lord Jesus Christ, as Saviour and Healer, and trust Him with our bodies as we trust Him with our souls.